2013, following the revelations of Edward Snowden about the activities of the National Security Agency of the USA, the world discovers that governments use mass surveillance on the internet. This surveillanc,e be it economical or for spying purposes, is not only an American thing, and according to the artist, it is a serious violation of the right to privacy. The piece calle Masquerade is an installation created as a reaction to ward these problems.

In the context of the exhibit, the work operates offline. A network of numerous programmed elements named masqs was created. They are numbered and identified by the names of different worldwide capitals. They are distributed across a blackboard hung on the wall, tied to a central element, seeming to be the original masq, numbered 1.

This networks functions in exactly the same way it would if it were online: the masqs send short, suspicious messages that are redistributed throughout via the central server. A printer placed across from it, on a stand, continuously prints all of the activity from the network, creating a large pile of continuous-feed paper on the floor. The accumulation of printed messages represents the volume of data created by the system.

These masqs, when they are connected, operate in the same manner. They spread suspicious messages generated from key word dictionaries throughout the Internet. These erroneous messages are spread in great quantities, creating constant noise in the network. They are never identical and, in fact, are not detected as being robots. They are therefore analyzed by surveillance algorithms, in this way disturbing the operations of intelligence agencies.

Félicien Goguey sees the project Masquerade as the act of a citizen, to be carried out on a collective scale. He hopes to prolong it and build up its impact by publicly sharing the source code for the program, which will thus be able to be used by all, multiplying the number of messages sent across the net.

Félicien Goguey (1992-) is a French artist and designer who lives and works in Geneva. He creates interactive installations, performances, applications and connected objects exploring the creative potential of programming languages and new technologies by privileging open-access tools. His work is principally interested in the imperceptibility of the Internet network and in its factors, in invisible phenomena for the user, as well as their political and social consequences. He also works on design methods that help build a response or devise a strategy in the face of this imperceptibility. 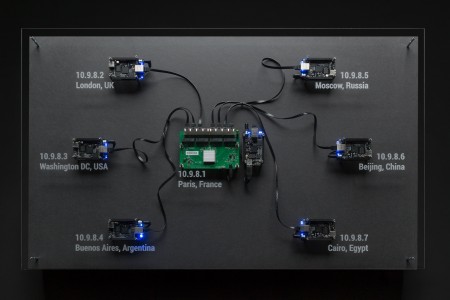 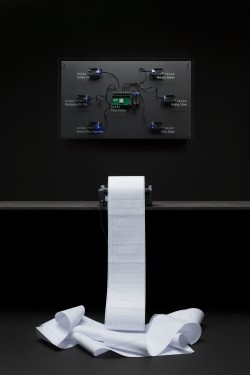 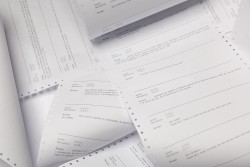 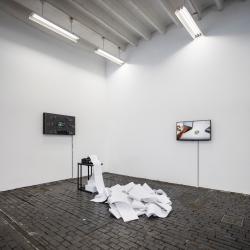