PVQ is an interactive piece, available online. It is a serie of 15 hacked video games, with minimalistic graphism and soundtrack.

The environments are in 2D, without any effect of depth, the forms are geometric and simple – square, circle, rectangle, or line – and the colors plain and ultra-saturated. An aesthetic that is strongly reminiscent of the first video games.

Only the instructions for the controls appear on the screen – use of the space bar, the keyboard or the mouse. Once the game has started, the work catches the user off-guard from the very first seconds by perturbing the interactions normally expected in this kind of game: the environment of Brick Breaker that turns on itself, controls that get inverted, the passing of forms that speed up, etc.

Here, no kind of progress is possible, whether in the scores, which increase randomly, or in the levels, which do not exist. Every time the user loses or wins, the interface changes.

PVQ questions this notion of interaction. While it is being tested, moving sounds and images defy the concept of interaction, creating frantic combinations in which it is very difficult to react. A frustration is born in the spectator because of this, reinforced by the absence of compensation if a level is won. The logic of winning/losing inherent to the very principle of the game no longer exists.

Peter Luining (1961) is a Dutch artist, exhibit curator and theorist. Initially known for his “VJing” performances, he reoriented his work with the appearance of the Internet in the middle of the 1990s. He would become more conceptual and minimalist. His work, as artistic as it was theoretical, was articulated around the audiovisual and interactive dynamics of the Net and software programs. According to Peter Luining, for there to be an interaction, there must be a manipulation and a physical change. The spectator has the power to really change an aspect of the work. 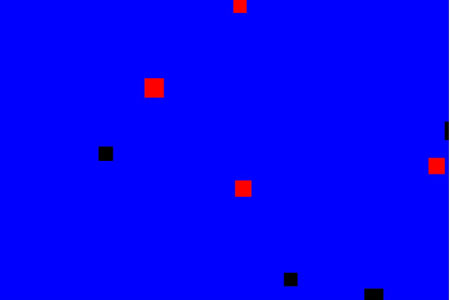 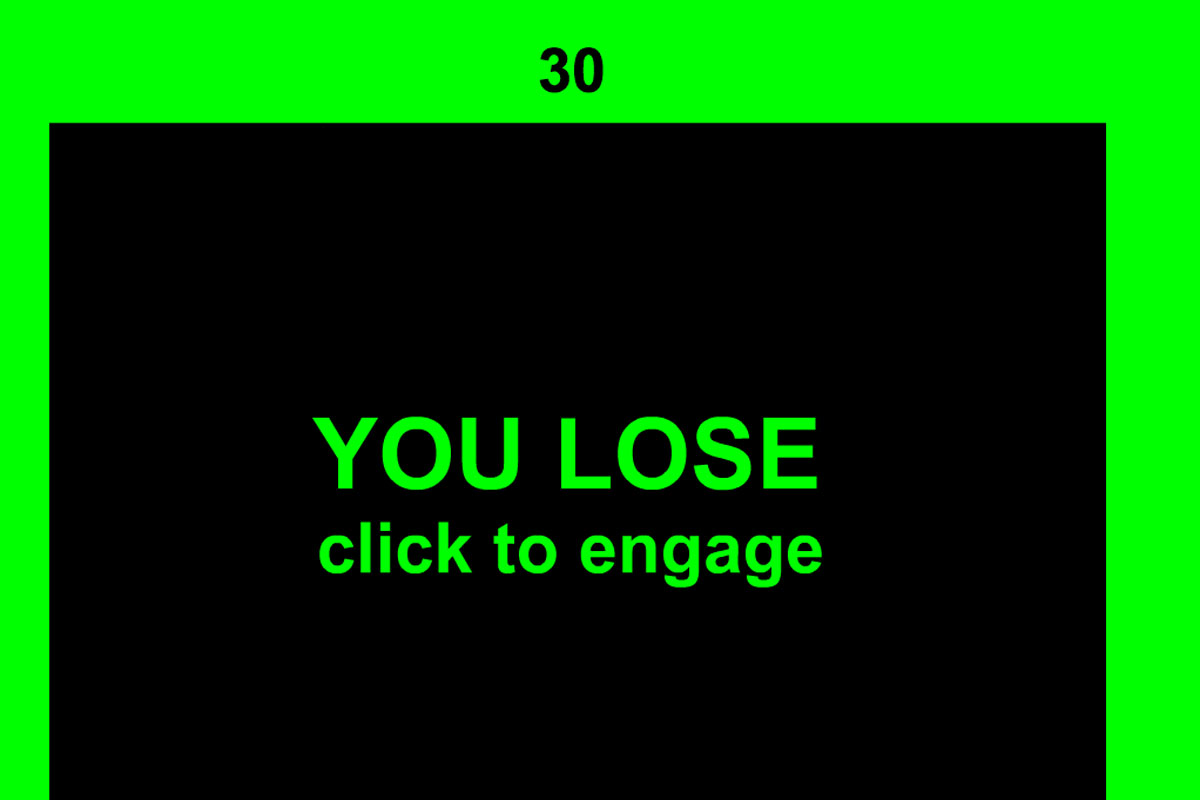 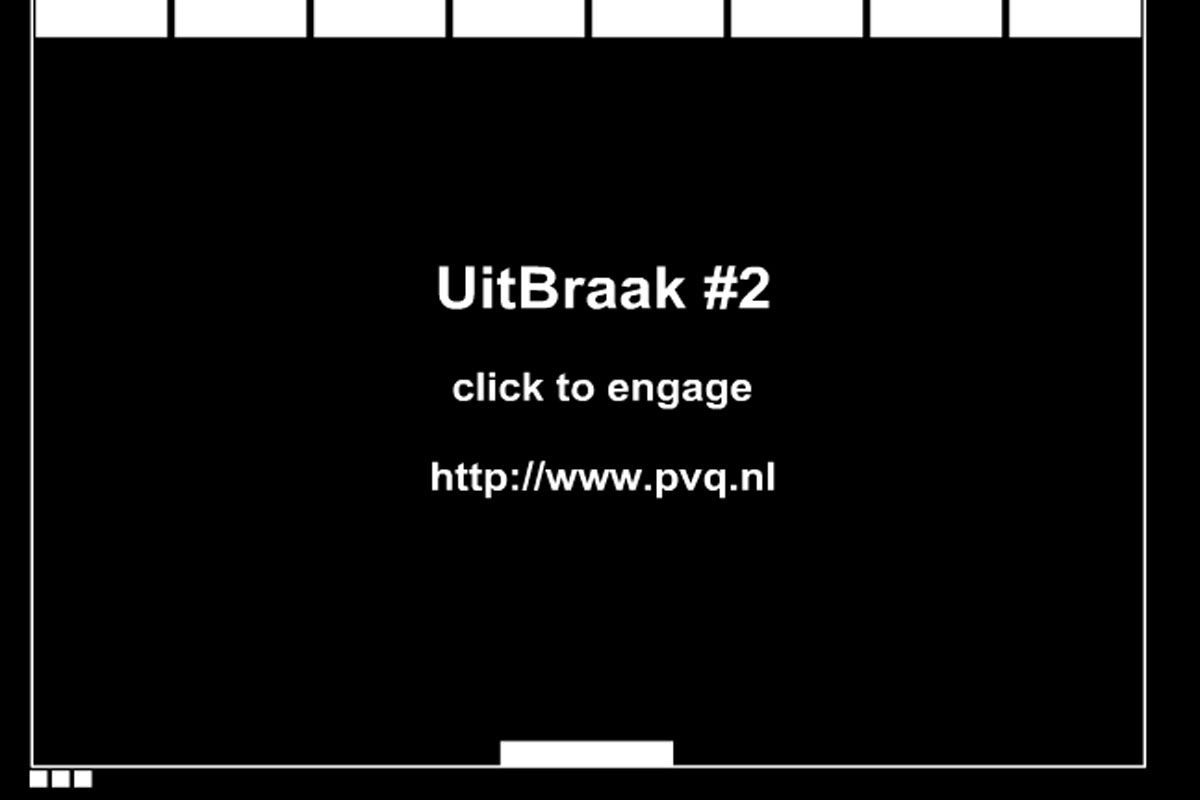 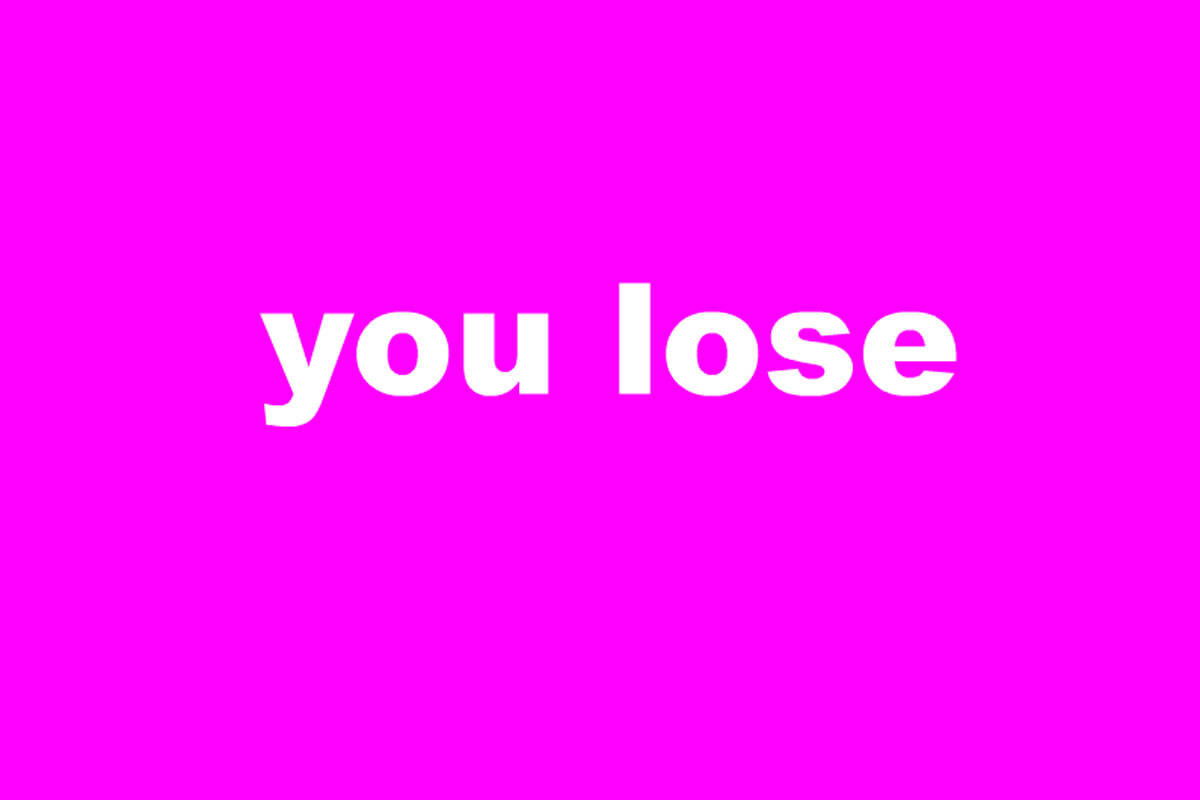 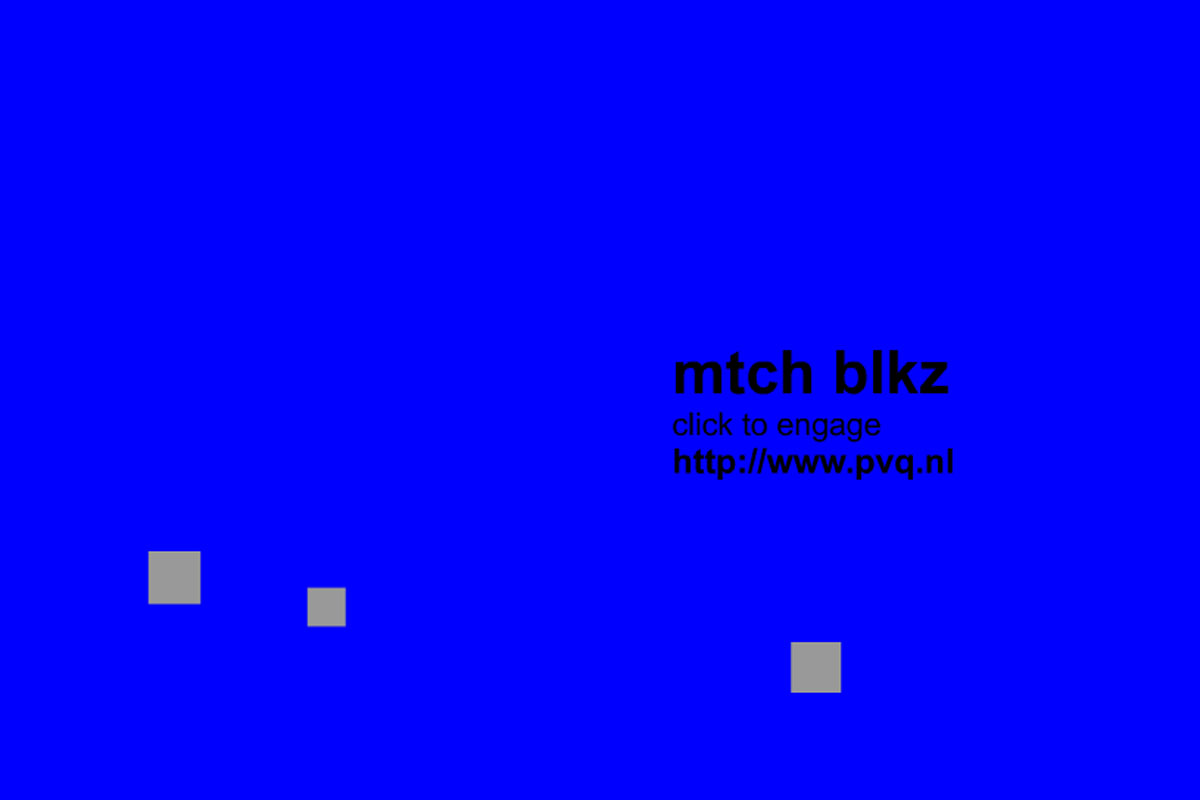