The Pirate Book by Nicolas Maigret and Maria Roszkowska is both a visual essay and anthology, written in the wake of the Jolly Roger’s infamous skull and crossbones and compiled during its journey across the four corners of the world. In this book, the authors invite us to shift our perspective on piracy itself. This polyphonic work constitutes an attempt at probing the ambiguity inherent to piracy and at re-evaluating the issues related to it. The Pirate Book, moreover, signifies a departure from the one-sided approach adopted by the cultural industries which consists in designating the figure of the pirate as public enemy number 1.

Intellectual property was, in fact, called into existence in order to ward off those that Cicero, in his time, called “the common enemy of all.” At the outset, intellectual property’s purpose was to protect authorship and promote innovation; however, it eventually hindered technological progress and encouraged cultural products, which had hitherto belonged to the public domain, to be snatched away from it.

This book arises from a previous installation-performance by Nicolas Maigret, The Pirate Cinema1, where the artist visualizes the covert exchange of films in real time at dazzling speed under the cover of worldwide peer-to-peer networks. The advent of the Internet and its users’ unbridled file sharing capability on peer-to-peer networks has resulted in an unprecedented proliferation of illegal downloading since the 1990s. This situa-tion also very quickly led to online piracy being singled out as the primary cause of the crises affecting the music and film industries, whereas certain other voices deemed piracy to be the scapegoat of the cultural sector that had not managed to properly negotiate the transformations it underwent following the onset of the digital era. 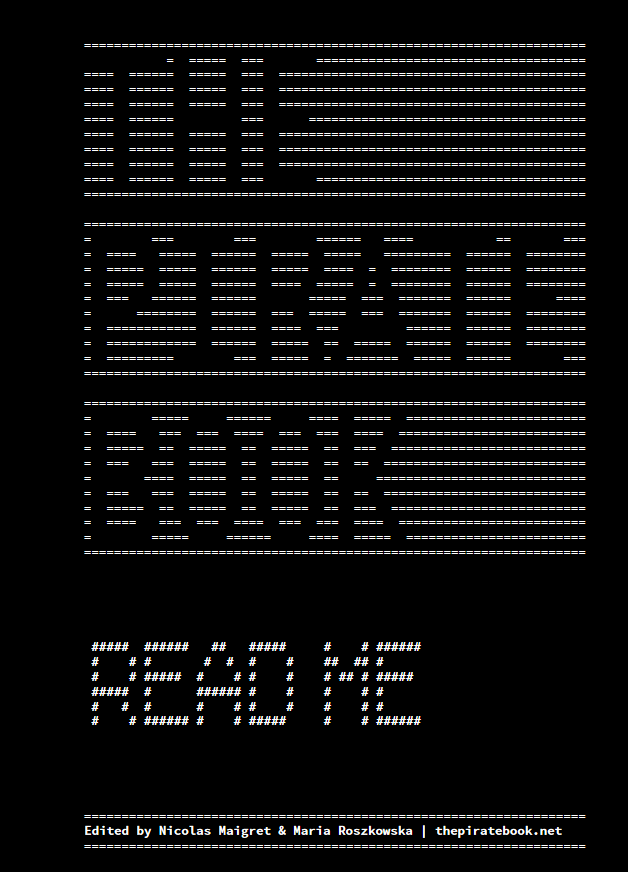