In 2007, the artists fraudulently installed audiobugs inside the Zurich opera. They captured the sound of the opera, which was broadcast through a phone server that the collective had hacked. A software program – The Opera Calling Machine – redistributed this data by randomly calling the inhabitants of Zurich.

More than 4000 homes were contacted one after another, making for a total of 90 hours of opera transmission. The interlocutor thus had the concert delivered into his ear. Free to listen or not, as soon as he hung up, a new phone number was called.

The work Opera Calling is a video presenting a sound recording over a black background, subtitled with one of these phone calls. This work collects two distinct places and two simultaneous representations through the medium, that of the opera and the life of a family discussing what it is experiencing and hearing.

With this work, the !Mediengruppe Bitnik places us right back into the history of telephones as disseminators of content. Indeed the first use that Graham Bell imagined for his invention at the end of the 19th century, which was then taken up by Clement Ader’s Theaterphone in France, the Electrophone in London and the HirmondÓ Telephone in Budapest at the start of the 20th century, was to be a central source for broadcasting and distributing music, news, sermons and musical or theatrical performances.

The reimplementation of this service by the !Mediengruppe Bitnik’s artistic hack allows them to illustrate one of the fundamental principles of hacking itself, that of freedom of information and sharing of content with everyone, free of charge. A principle that is antagonistic to the operation of the Swiss opera, which, even if the country contributed 80% of its cultural budget to opera in 2007, continued offer expensive seats that de facto excluded a part of the population.

Alongside this work, the artists published a “how to,” a manual allowing anyone who was interested to create a similar installation.

Created in Zurich in 2003 by Carmen Weisskopf and Domagoj Smoljo, the !Mediengruppe Bitnik collective practices the artistic hack. They test the limits of technological systems, especially those from live broadcasts. They infiltrate them, take over them in order to alter and rework them to create new uses, new ways of perceiving them.

Podcast – Interview with the !Mediengruppe Bitnik and introduction of the exhibition “jusqu’ici tout va bien” from 23 october 2010 to 23 january 2011 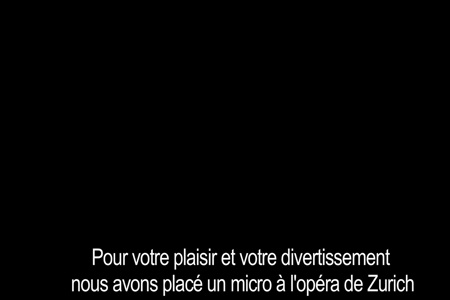 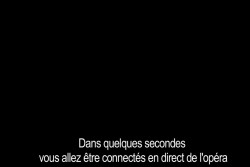 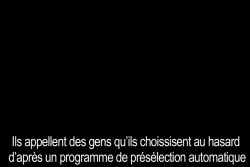 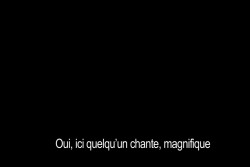 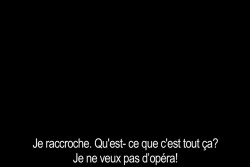